Women is one of the essential elements forming a family and a significant factor for a society. Their effect reaches from a family to a society, from a society to a state. The importance of woman is so ultimate for all people on the earth, in a way that the concept of “homeland” is used together with the concept of “mother” in many societies. As it can be understood from this point, holiness of motherhood is interlocked with holiness of homeland.

Thereby, decency and honor of women have been regarded not only as a symbol of her family and relatives but also as a symbol of sensitiveness of a nation. Turkish people considered women as touchstone of their society throughout history and took them into consideration as an integral part of “honor of their homeland”.

In addition to patriarchal types of societies, it is possible to encounter with matriarchal types of societies and people in different geographies of the world. According to Islam, Âdem (Adam) is the ancestor of humankind, Havva (Eve) is the mother. Even only this principle, reveals importance and role of women in Islam religion. There are several verses of the Koran regarding women, we encounter with many expressions indicating the value of women in the Prophet Muhammad’s sayings.

According to the Turkish Language Association, the concept of “genocide” means destroying a human community for national, religious, etc. reasons (TDK, 2020). As of the end of April 2021, the parliaments of the United States, Canada, the Netherlands and the United Kingdom recognized China’s practices in East Turkistan as genocide. Experts explained that China had “committed genocide” against Turkic-Muslim communities in the region, especially Uyghurs, and that China had committed crimes against humanity (BBC News, 2021a; DW News, 2021a). On February 23, 2021, the Federal Parliament of Canada approved legislation describing the practices against Uyghur Turks in East Turkistan as “genocide”.  BBC News, 2021b; Euronews, 2021).  On February 25, 2021, the Dutch Parliament voted to adopt China’s proposed resolution that the practices against Uyghur and other Turkic Muslim ethnic groups in East Turkistan are genocide. At the same time, the Netherlands has stated that the Chinese Government’s policies towards Uyghurs, such as restrictions on birth, sterilization and closure of concentration camps, violate United Nations Resolution 260 on “the prevention and punishment of genocide”   (DW News, 2021b) . On 22 April 2021, the British Parliament declared for the first time that China was committing genocide against Uyghurs and other ethnic groups in East Turkistan (BBC News, 2021d).  Speaking at the meeting, MP Nus Ghani said the genocide was defined as “total or partial destruction” of a national, ethnic, racial or religious group and that five criteria of genocide had been proven to have taken place in East Turkistan.

In addition, it has been found that China forcibly employs Uyghurs in East Turkistan under strict supervision, even takes them to remote regions of China and “employs” them as workers “for sale” (Sudworth, 2020; Xu et al., 2020; Zenz, 2020b). According to research by the Australian Strategic Policy Institute (ASPI), more than 80,000 people, including Uyghurs and Kazakhs from East Turkistan, have moved to factories in China’s interior in two years from 2017 to 2019. It has also been established that more than 80 of these factories are factories in the supply chain of well-known global brands (Xu et al., 2020). International organizations estimate that millions of people have moved from East Turkistan to China as slave laborers.

As a result of international pressures, the H&M brand in the slave labour chain stopped buying cotton produced in East Turkistan (Congar, 2020). Marks & Spencer has officially announced that it will not work with suppliers who force-operate or link Uyghurs (Independent English, 2021)  Japan’s 12 largest companies have announced that they will review their business agreements with Han Chinese companies found to have benefited from slave labour, especially Uyghurs in East Turkistan, and consider abandoning their partnerships (Erim, 2021).

Despite all the international backlash, China continues to deny the facts that have emerged to hide its policies of repression and destruction in East Turkistan. China condemned the decision immediately after the United States and Canada called their treatment of East Turkistanese genocide (BBC News, 2021a, 2021b; Euronews, 2021). Likewise, after the British Parliament declared that what was done in East Turkistan was genocide, China declared that the UK should immediately correct its “wrong moves” (BBC News, 2021d).

China hides its policies in East Turkistan and imposes censorship and restrictions on the press and media. Therefore, it has become almost impossible for journalists to enter East Turkistan freely and receive information from people in the region, those imprisoned in Chinese prisons and concentration camps (Business Standard, 2021; CBC Radio, 2019; CNN, 2019; France 24, 2019; Guardian News, 2021; Ponsford, 2021).

One of the works of Marie Colvin award-winning journalist Sophia Yan at the British Journalism Awards is the reports that reveal China’s crackdown on Uyghurs in East Turkistan (Press Gazette, 2020).. Sophia told Yan Press Newspaper how China prevented her from reporting in East Turkistan: “There have often been several different incidents around sensitive areas. For example, if you want to use, we were close to one of the concentration camps; We were surrounded by six, seven or eight men. I was with a photographer. So, we were trying to take pictures of two women. When we were trying to get down the street, we were told we couldn’t go down any further for a completely uncertain reason. Actually, we were going to go down to find out the scale of the concentration camp. But they grabbed me from behind and pulled me back.” (Ponsford, 2021) Telegraph reporter Sophia Yan reports in another statement that the driver of the taxi she was in while visiting East Turkistan received an anonymous instruction, that the taxi driver had let her and her colleagues down and that they had to walk back about 50 miles (Ponsford, 2021) . By 2020, China has been the country where journalists are most imprisoned over a two-year period, according to the annual survey of the Committee to Protect Journalists (CPJ). Journalist John Sudworth and his wife Yvonne Murray were forced to leave Beijing on March 23 (Guardian News, 2021), according to the FCCC. 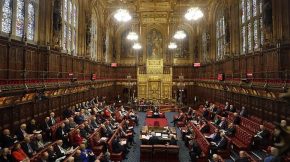 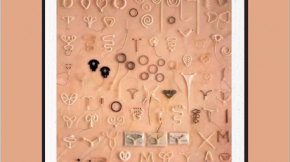 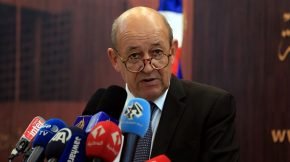 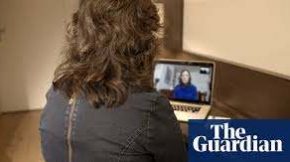 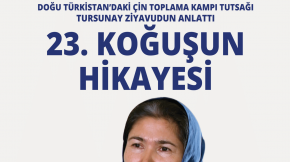